Intent on bringing justice to Lieutenant Gormley after he is beaten by a mob outside his home, Danny and Frank enlist the aid of Detective Anthony Abetemarco, who has a personal connection to the neighborhood where the attack occurred. Also, Eddie and Jamie witness a dishonest arrest, and Danny searches for a witness to testify against a dangerous gang leader 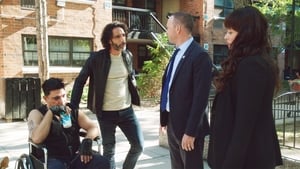