The Loyalty in the Lie

Booth goes missing six months after he and Brennan left their careers behind, but a case with ties to the couple pulls Brennan back into the world of forensic analysis, which brings her into contact with a member of Booth’s family and Arastoo Vaziri, who’s taken the lead at the Jeffersonian in her absence. Meanwhile, the FBI investigate Booth’s disappearance, but one agent’s tactics are bad for the team’s morale. 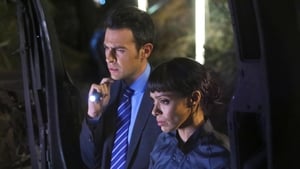