Best friends CeCe and Rocky audition for the show, “Shake it Up Chicago”. Unfortunately, CeCe did not get it because she froze in the middle of her audition (she usually pictures everyone else naked that is why she is never nervous). Rocky did well and got in. Rocky did not want to go to the show because CeCe was not on it. CeCe forces Rocky to go to the show. On Rocky’s first show, she brought CeCe and handcuffed each other, and they ended up dancing together. The host thought that they have the “it” factor so, CeCe got in as well. In the end, the girls get $40 each but only $2 was left for them because they had to pay for new handcuffs, thrift store dance clothes, and transportation. 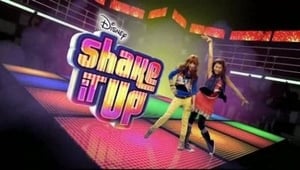