At a Halloween party at the Shake It Up Chicago studio, Rocky meets a cute guy and tells Cece to go say hi to his brother who is wearing a hunchback coustume. Cece says he looks weird, but complies. Rocky later tells her that they are going to meet both boys at Crusty’s the next day. Both girls find out the next day that Rocky’s date is the weird one and CeCe’s date is the cute one. Rocky refuses to admit this, and she suffers through 3 hours with her date. Meanwhile, Flynn suspects that his new neighbor, Zane, is an alien from Jupiter after he and Henry observe strange lights from his room and other of Zane’s strange mannerisms. 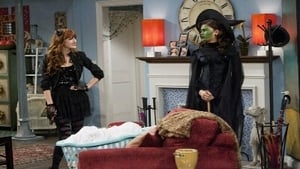