Freddie’s the black sheep of his family, and seen as a waste of space. His big sister Karen (Klariza Clayton) has ambitions – she’s reached the final of a TV talent show to find a new member of girl group Da Sexxbombz. Freddie despises her lust for celebrity but is emotionally blackmailed into sticking to the story she and their Dad, Leo (Simon Day), are spinning about their dead mother, all to look good in front of the cameras, and thereby increase her chances of success. He cringes at the whole thing. If this wasn’t bad enough, living in the shadow of the increasingly reckless Cook is becoming too much to bear. When Effy turns up at his shed, Freddie doesn’t know what to do with himself. There’s a connection between them, there always has been, but this is shattered when Cook and JJ arrive. He feels torn between his family,his friends, and his heart, and the isolation is overwhelming. Will Freddie start to put himself first, or will he retreat to his shed, and beloved skateboard, as he always has before? Featuring a special guest performance from DJ Scott Mills. 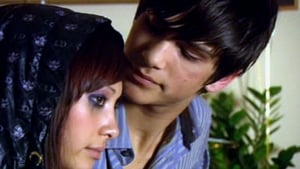